Male sexual dysfunction, often termed impotence, may be manifested in various ways: loss of desire, inability to obtain or maintain an erection, premature ejaculation, absence of emission, inability to achieve orgasm. Many subjects complain of more than one abnormality simultaneously. These complaints can be secondary to other chronic or debilitating diseases, the consequence of specific disorders of the urogenital or endocrine systems, or the result of psychiatric disturbance. It is mandatory in all instances to exclude organic (and in some instances potentially correctable or treatable) causes. 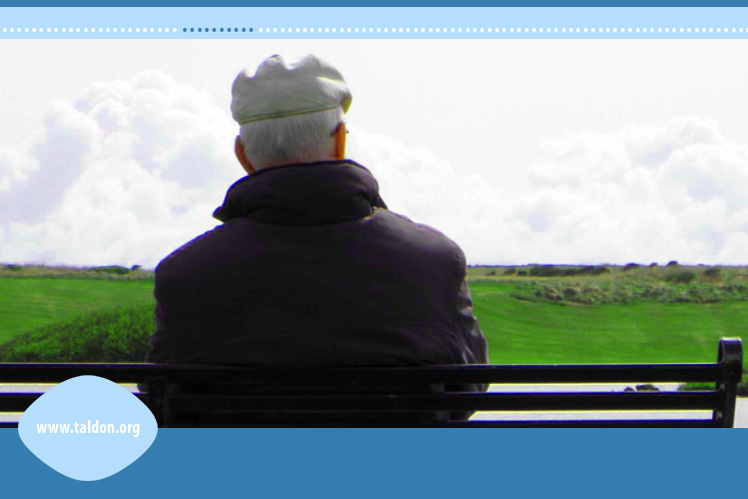 Loss of desire
Because androgens have a major influence on sexual desire in men, a decrease in libido may indicate androgen deficiency arising from either pituitary or testicular disease. This possibility can be tested by the measurement of plasma testosterone and gonadotropins. However, since the level of testosterone required to maintain libido is usually less than the amount necessary for full stimulation of the prostate and seminal vesicles, absence of emission also occurs when the loss of libido is due to hypogonadism. Conversely, if the semen volume is normal, it is unlikely that endocrine factors are responsible for their sexual dysfunction.

Failure of erection
The organic causes of erectile impotence can be grouped into endocrine, drug, local, neurologic, and vascular causes.

Endocrine causes of testicular failure that result in impotence usually cause such profound changes that the disorders are not difficult to recognize. However, hyperprolactinemia may cause impotence in some patients with pituitary tumors and may not be obvious on physical examination; hyperprolactinemia suppresses LHRH (luteinizing hormone-releasing hormone) production, resulting in plasma gonadotropins and testosterone values in the low normal range. Bromocriptine mesylate, a dopamine agonist, may lower prolactin levels and reverse impotence in such patients.

Many drugs cause impotence including antihistamines, antihypertensives, anticholinergics, psychogenic agents, and drugs of habituation or addiction. The usual explanation is neurologic blockade, and this may well be the case for those drugs with peripheral parasympatholytic actions such as the tricyclic antidepressants. Others may act by enhancing prolactin secretion. It is not clear whether impotence caused by drugs of addiction such as alcohol, methadone, and heroin is due to reduced testosterone levels or the general condition of the patient.

Penile diseases that cause impotence can almost always be diagnosed by history and physical examination and include previous priapism, penile trauma, and Peyronie’s disease. 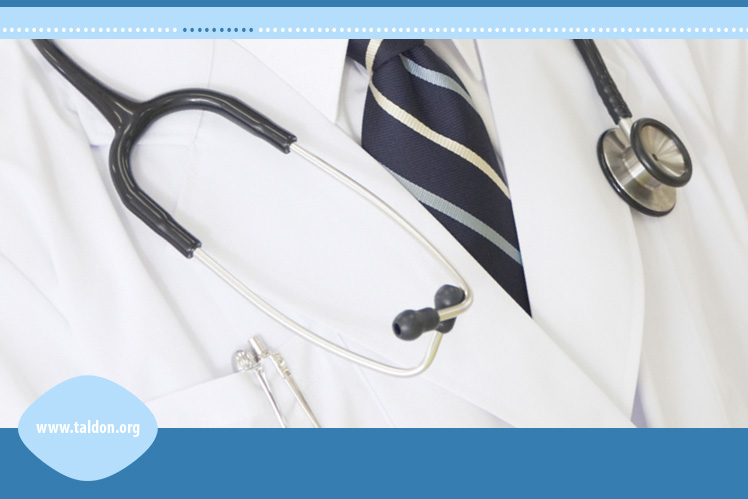 Many types of neurologic disorders can cause impotence including lesions in the anterior temporal lobe, spinal cord disorders, insufficiency of sensory input such as can occur in diabetic neuropathy and tabes dorsalis, or damage to parasympathetic nerves, for example, following surgical procedures such as total prostatectomy. Transurethral prostatectomy, in contrast, does not cause organic impotence. Furthermore, the nerve supply to the penis (the nervi erigentes) runs through the lateral pedicle of the prostate, and if the nerves are preserved during radical prostate surgery, potency can be preserved in most men. If spinal cord injury is above the thoracolumbar region, reflex erections may occur. Diffuse injury of the spinal cord results in total impotence. Diabetes mellitus deserves special comment. As many as half of diabetic men develop impotence within 6 years of the onset of diabetes, and impotence may be the first clinical manifestation of diabetic neuropathy. However, when a careful neurologic examination is performed including measurement of the cystometrogram, other evidences of neurologic disturbance are usually uncovered. Many of the other polyneuropathies have similar effects.

Vascular insufficiency causes impotence because blood flow into the vascular network of the penis is insufficient to obtain (or maintain) the erect state. The prototype of impaired penile blood supply is the Leriche syndrome. Here impedance to the blood flow into the penis occurs as the result of obstruction of the distal aorta. This usually presents as claudication and impotence; either can occur separately. Likewise, occlusion in smaller vessels supplying the penis can also lead to impotence. Together with neuropathy, vascular insufficiency contributes to the impotence in many men with diabetes mellitus. Decreased blood flow to the penis may be detected using the Doppler technique. By dividing the penile systolic blood pressure by the simultaneously determined supine brachial systolic pressure, the penile/brachial index is obtained. An index of over 0.75 is normal, and one of less than 0.6 is suggestive of vasculogenic impotence. An index of 0.6 to 0.75 is indeterminate. Due to overlap of such abnormal results with those in older potent men it is not possible to be certain that arterial insufficiency is the cause of impotence in a given individual. Normal values exclude arterial insufficiency; abnormal values require confirmatory arteriography.

Premature ejaculation
This disorder seldom has an organic cause. It is usually related to anxiety in the sexual situation, unreasonable expectations about performance, or emotional disorder. A variety of successful therapeutic modalities have been described by Levine.

Absence of emission
This symptom may be produced by (1) retrograde ejaculation, (2) sympathetic denervation, (3) androgen deficiency, or (4) drugs. Retrograde ejaculation may occur following surgery on the bladder neck or may develop spontaneously in diabetic men. Demonstration of sperm in a postcoital urine specimen will establish the diagnosis. Following sympathectomy or occasionally after extensive retroperitoneal surgery, the autonomic innervation of the prostate and seminal vesicles is lost, resulting in absence of smooth-muscle contraction at the time of ejaculation. Androgen deficiency results in a decrease in secretions of the prostate and seminal vesicles and in a diminution of the volume of ejaculate. Finally, drugs such as guanethidine, phenoxybenzamine, and phen-tolamine primarily impair ejaculation rather than erection or libido.

Failure of detumescence
Priapism is a persistent painful erection, often unrelated to sexual activity. Priapism is usually idiopathic but can be associated with sickle cell anemia, chronic granulocytic leukemia, or spinal cord injury. The disorder is thought to be secondary to clotting within the penile vascular network. The persistent erection disrupts the network and can lead to fibrosis and subsequent erectile impotence. Early surgical relief of priapism by shunting procedures may prevent subsequent impotence.

The good news to many men who are impotent is that male impotence can generally be reversed if a man undergoes treatment on the underlying medical conditions, when lifestyle behaviors are altered or even when the medications are adjusted. Male impotence can be caused by the hardening of the arteries when the blood cannot flow into the pennies adequate enough to enhance erection. Impotence can also be caused if there is an injury to the nerves that control the flow of blood to the penis. 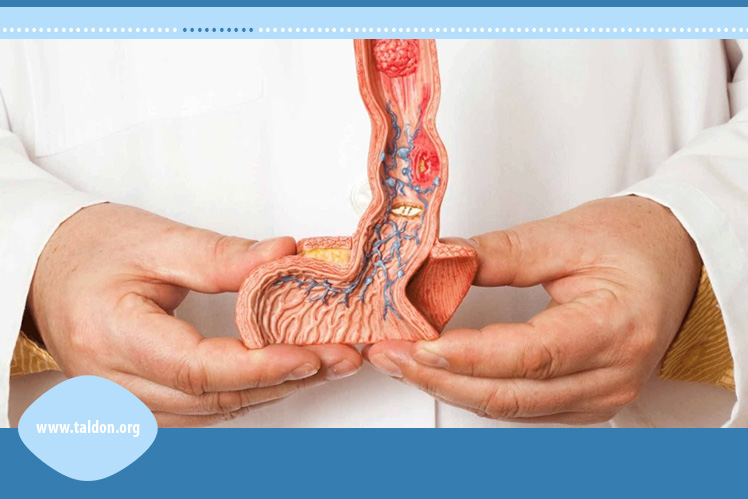 Some scientists believe that one of the main causes of male impotence is low or high blood sugar resulting from eating empty carbohydrates or high sugary foods. Common fast food diets such as fries, hamburger and coke with candy bar snacks do not protect male glands or help in the sperm production, which is a key factor in the ability to sexually perform.

The main causes of male impotence include the following:

The penis is supplied with blood by the arteries. When the arteries narrow, the usually fail to bring in adequate blood to the penis causing the dysfunction in erectile. This mostly happen in elderly adults. High blood pressure or diabetic people are also prone to erectile dysfunction. The Arteriogenic impotence caused by injuries is usually common however it usually goes unnoticed due to ignorance.

Male impotence can be caused by more than one factor. It may be due to physical or psychological factors. Mixed impotence is one example of this kind of impotence.

When the sex hormones are imbalanced in the blood stream, sexual erection does not occur. Approximately 5-10% of men usually experience from Endocrinologic impotence.

At times the problem lies mainly in an individual's mind. There will be no any physical factor causing erectile dysfunction. This is a situation of psychogenic impotence. Individuals usually go through anxiety and depression.

Tips to on how to cure male impotence

Even though male impotence is mainly caused by lack of blood flow, it can be cured with proper diets which reduce the plaque to arteries nearby your midsection. The following are some tips on how to treat male impotence: